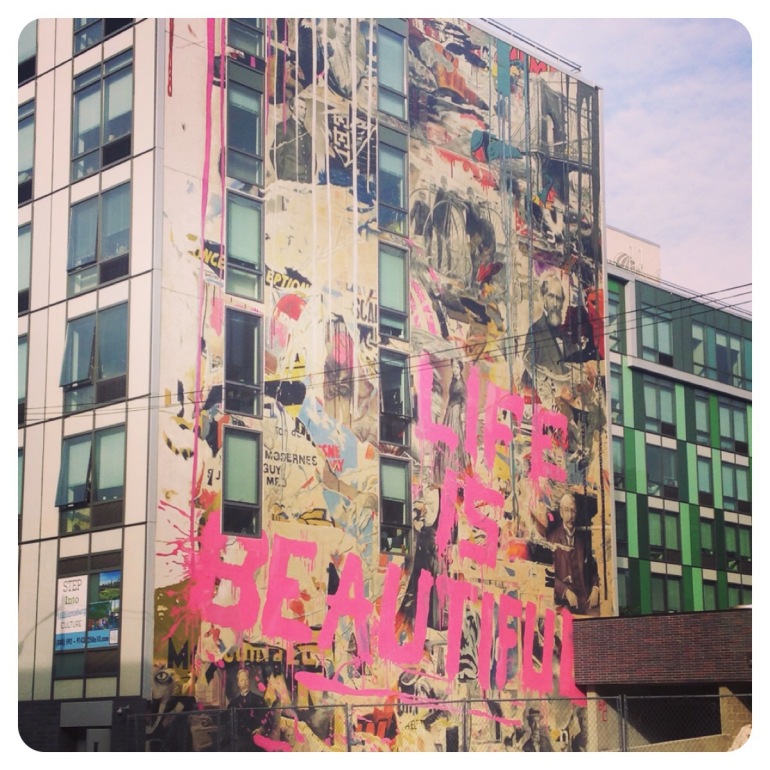 I’ve actually slept the past few nights and, not to be a total bore and keep talking about my sleep or lack thereof, it really does help one to notice the beauty that is all around.

Without it, I am in a state of foggy autopilot, going through the motions but never really there. Lists of things I hope to accomplish get pushed off until next week, I snack rather than cook, am too tired to exercise, and the cycle perpetuates.

I’ve struggled with insomnia off and on for about fifteen years but this last bout was one of the worst I can remember. My first bad case was when I was a sophomore in college and didn’t sleep for my entire spring semester. One night, a friend called to see if I wanted to go see some movie called “Fight Club.”  I didn’t, it sounded like a boy movie, but I ended up going and was transfixed by Edward Norton’s insomniac crazed character. I totally related to him.

In the years since, I have periods during which I sleep great followed by months when I don’t. I’ve worked hard to stop worrying, stop trying to control things that are out of my hands, and lower stress and that has helped a lot. But when I can’t trace sleeplessness back to anything, and feel pretty happy in my life, it is more frustrating than when I can.

Well meaning friends suggest remedies and give advice but, after having tried everything, that too becomes frustrating. But then, one day, one of them actually worked! My dad kept suggesting that I buy some Brewer’s Yeast at the health food store and mix it in a glass of juice before going to bed. And, though I don’t know if it was just that,  or the combo of accupuncture, kinesiology, massage and time off I’ve had lately, it did the trick. So, if you need a little help relaxing in this beautiful, crazy, high strung world, give it a try.