I am writing once again from a cruising altitude of 30,000+ feet, on my way back to LA from Washington D.C.  How to sum up the electric energy of the past weekend? Well… it felt truly amazing and inspiring, creative and cooperative, loving and inclusive. I feel incredibly blessed to have been a part of the Women’s March on January 21st and to have seen our nation’s capital at its most capitally by arriving the night before the Inaguration.

Exiting the deserted Metro on January 20th, just after noon, we were greeted by an onslaught of red hats. But, the sea dissipated quickly and the National Mall was actually quite empty.

The next morning was anything but.

Thinking we had given ourselves plenty of time by starting for the Metro at 8:30, hoards of men, women, and children were already packed into full cars and stations. As we rose to ground level, a sea of pink hats stretched as far as we could see.

And so began nine hours of camaraderie, sharing, walking, not drinking water so we wouldn’t have to use the nonexistent bathrooms, people watching, and marching. 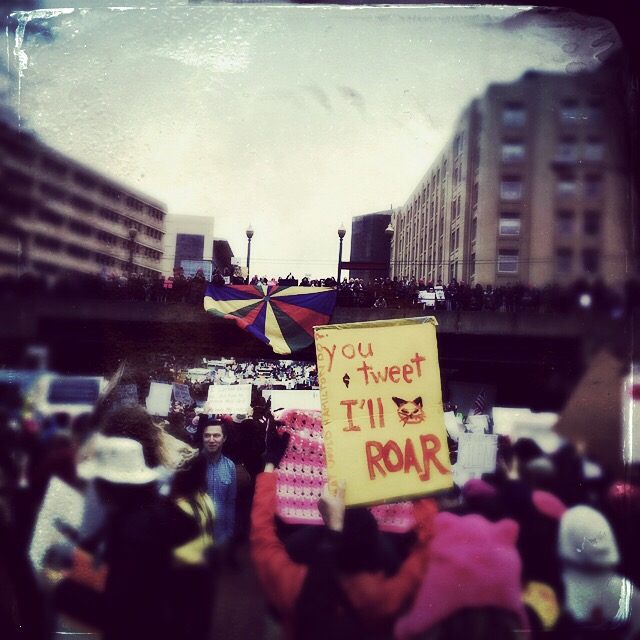 Back home, how do we turn enthusiasm into sustained action, rather than curling up in a ball as everything we love about this country is dismantled before our eyes?

Make it fun, somehow. Four years is a long time and if resisting starts to feel like drudgery, it won’t sustain. Find a community, create beauty and use humor, take breaks, and use the slow and steady approach. The signs at the women’s march were amazing, clever, and funny. Hundreds of thousands of people sat at their kitchen tables in the days leading up to the march with glue, markers, and paper and created signs which are now being sent to museums around the world. Many thousands of others sat in yarn shops knitting pink pussy hats. Use your hands to ground you.

I stand with healthcare for all, reproductive rights, LGBT equality, Black Lives Matter, immigrants of all faiths and nationalities, Earth, science, art, children, Standing Rock, the rogue national park’s service, beauty, love, creativity, The National Endowment for the Arts, journalists, generosity, intellect, curiosity, joy, fun, NPR and PBS, books, the world, and love. It will always trump fear. Even if it doesn’t look like it at the moment. 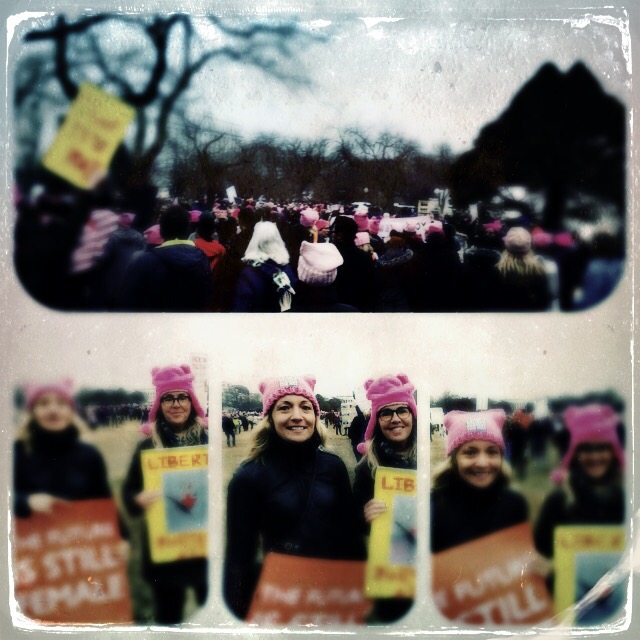 4 thoughts on “The Pink Resistance ”