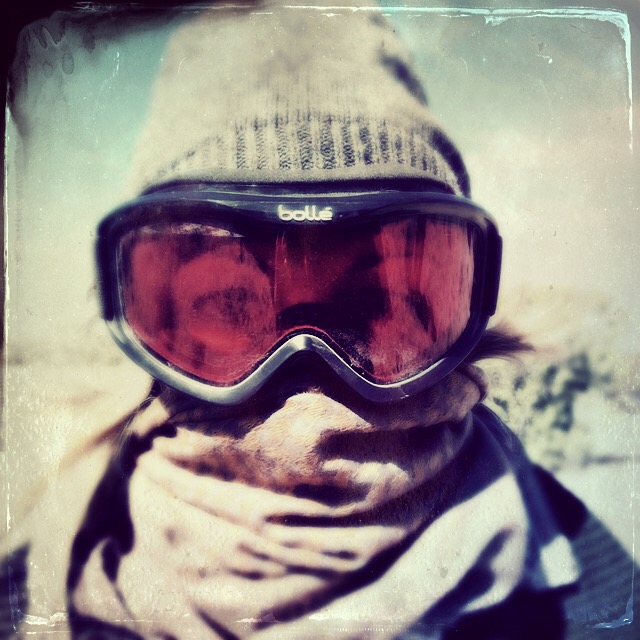 “I have one foot out the  door, but he doesn’t know where he’s going,” a co-worker told me last week, over a cup of coffee and a donut from the craft service table, as we stood, backs to a cold wind that whipped dust in our scarf and goggle covered faces, waiting for the director and cinematographer to set up a shot.  I laughed. At the moment my feet were cold, even inside winter boots, and I wondered if they had led me to that moment, or had merely followed along. “Where or when did we get the idea that a job in an office was such a bad thing?” I wondered. Later that night I sat on a cooler, next to a different co-worker, and again we waited for a shot to be set and again a dusty, cold wind whipped our faces.  And again I wondered how I’d come to view this as normal.

But, then, what is normal? I’ve spent the better part of thirteen years on movie sets, waiting for shots to be set, in the wind, and for a long time it felt very normal.  I became used to intense periods of work followed by equally intense periods of existential wandering. It is only recently, since I have been taking more time off, pursuing different goals, making different choices, and following my heart, aka feet, that my previous normal is up for examination. My new version involves sleeping well, writing, wandering with a purpose, taking care of myself physically, and making decisions based on how my overall wellbeing will be effected.

As I sat in the wind, I realized that my former and current normals had one thing in common; my desire for freedom. Somewhere along the way, I’d convinced myself that offices equalled cages, commitments equalled obligations and then resentments, and that there was no way to intertwine finances with my own creativity.  I loved to show up in the morning on a new set, to know that no job ever lasted more than a few months, and that I could save money while working because I had no time to spend it, or do anything really, other than work and sleep.  I was willing to overlook the lack of free time, the weather, and the adrenal depleting high, that was actually quite addictive.

But now, as I spend less time on set and more in the office I designed in my home, I realize my feet are leading me in a different direction than the one I am so familiar with. And I don’t actually know where we are going. I figure we haven’t gotten lost yet, so I’ll just continue to follow.