In my Curious George book, it only takes one page turn to get to the ocean. But, when mom and dad took me to surf camp with them in El Salvador, it took us two days, two planes, some airport trains, and a bus to get there.
First, we had to wake up in the dark and pick up Tia. Then, we flew to a place called Atlanta where we got out for half a day, ran up and down the hallways, ate bad Mexican food at a place called Fiestas, and slept in a hotel.
Then we had to get on another plane, sit still for three more hours, and try to be quiet until we finally landed in a very, very green country. All I wanted to do was lay down in the middle of the sidewalk, so I did. Then, we had to get in a van and drive some more.
Finally, we arrived at the promised ocean and it seems like all they said it would be. There’s a swing set and a beach to build sandcastles and waves to splash in and a really fast slide. The people speak funny but something tells me by the end of the week I’ll have this Spanish thing down, no problem.
Seems like all in all, so far, being a three year old at surf camp is pretty sweet. 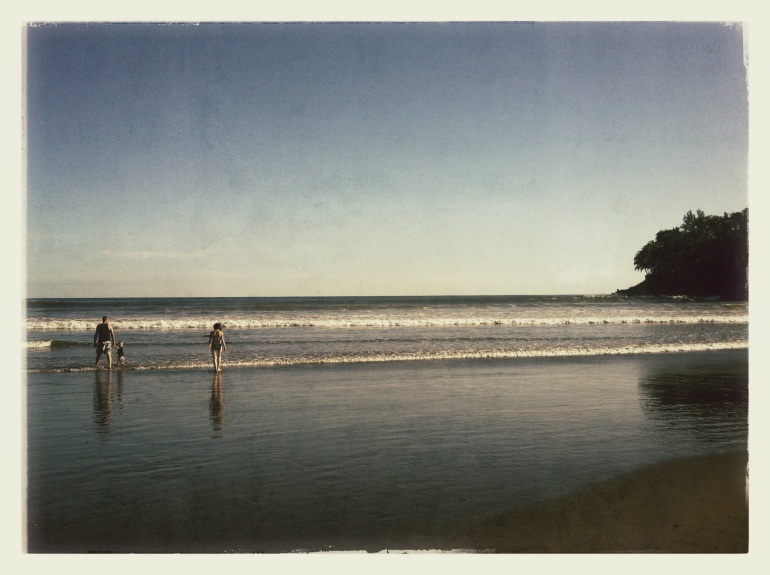